Images, words and beyond. 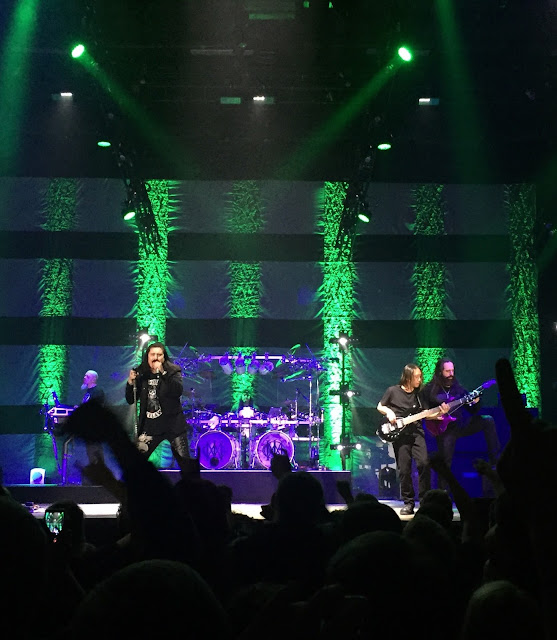 This was what the Images, Words and Beyond tour was all about. 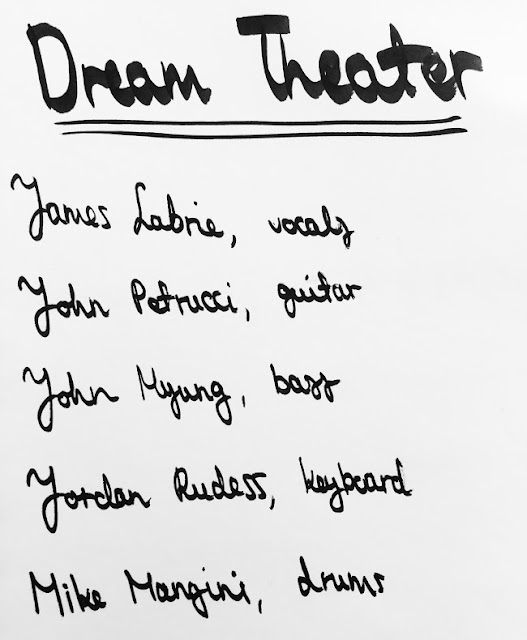 I promised you guys a little bit of post-show euphoria and oh boy, that you're definitely gonna get. In English, hope you don't mind. 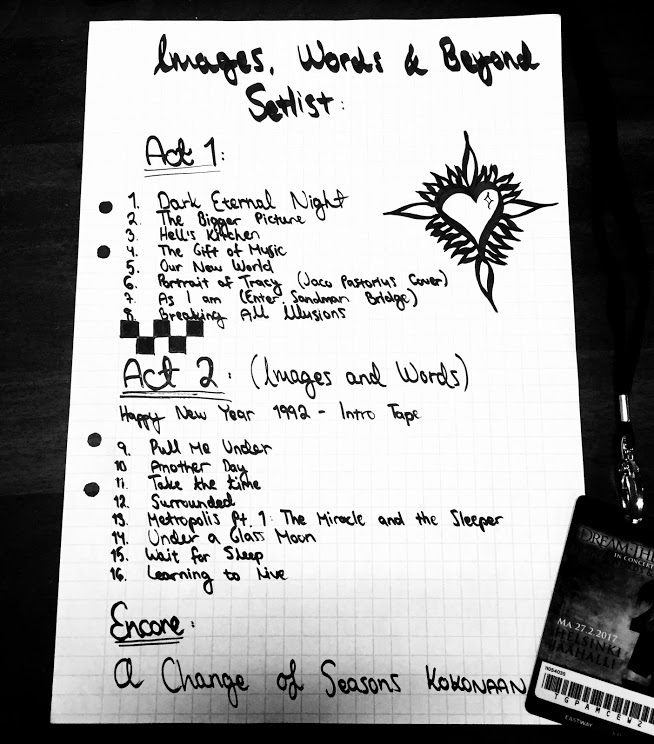 Above you can see the concert's and the whole tour's setlist. Let me walk you through the whole show with nothing but my euphoria-filled brain and a few vids I managed to shoot during the show. Also only listening to the songs that were played helps me to remember quite vividly how the live version was played.

The show started very roughly with thrash metal-esque Dark Eternal Night (Systematic Chaos) and James Labrie got to roar deeply from the bottom of his lungs. Up next they performed probably one of my personal favourites and one of the songs that always makes me a bit teary-eyed and that is The Bigger Picture. James' voice was a bit rough on the edges since his voice goes up high in the original track. I'm not saying the live version sucked, but it could've been better. I'm 99,9% sure James had to save his voice for the Act 2 which was THE point of the whole tour.

Hell's Kitchen (Falling Into Infinity) is an instrumental and a darn good one. Not as awesomely complicated as The Dance of Eternity from Metropolis part. 2 but it sounded sooooo fantastic live. I fell in love. Wonder if it's about the city where Daredevil and Jessica Jones live... Anyway, Hell's Kitchen showcases just perfectly each and every player's talent very candidly.

After that DT performed a couple of songs from their most recent release, The Astonishing, and the songs were The Gift of Music and Our New World. The Astonishing was a 34 track long concept album about a world without music and filled with ugly noise machines, which kill the inspiration and numb the minds of the citizens of a dystopian society. Dream Theater toured all over the world to play the whole album but for some reason they skipped Finland and we never got to see the show. I would've loved to experience the whole story of The Astonishing. Anyways, it was great to hear at least those two tracks live from that album. 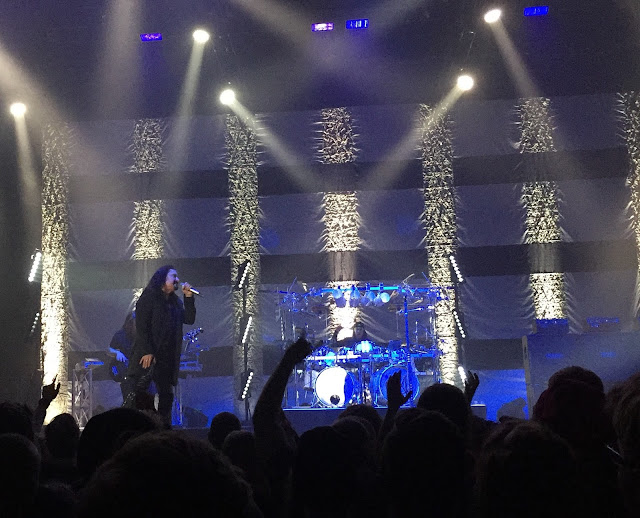 Every now and then the boys took five and James asked how we were doing and everything, you know, the usual gig stuff. What I loved the most was when James took a moment to tell awesome nostalgic stories to us. The stories went all the way back to the year 1992 when they released Images & Words. They also told us about the very first club gigs they performed during the early days. They also mentioned the first gigs in Finland and asked whether there were people who are now at the Ice Hall. They were all men and then James said how it's great that he can now see guys and girls there and then he paused and asked...

"Are there any girls here?"

*all the females wooing*

Well, I wasn't even born yet. Well, later that year. Either way, I would've loved to be at the first gigs and concerts. Where's The Doctor and his T.A.R.D.I.S. when I need one?! 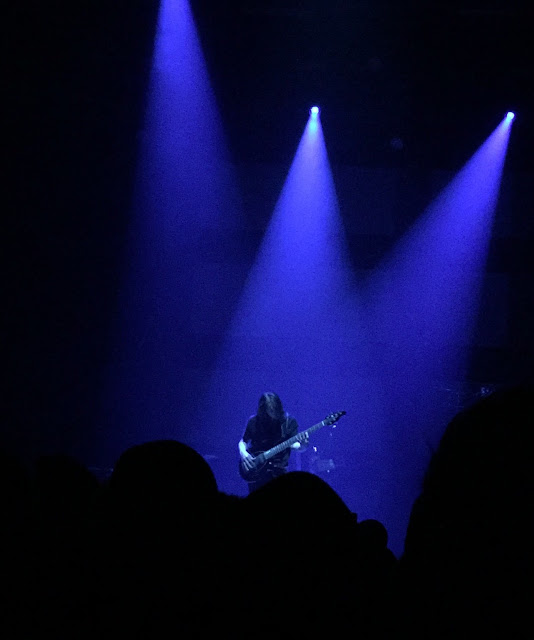 After the songs from The Astonishing, always so mystical yet so lovely bass player John Myung played his bass solo, the song being Portrait of Tracy by Jaco Pastorius. Unlike some people I think bass players are the crucial and most important part of a band and John Myung is here to prove that very fact. His solo was just mesmerizing and ethereal. The solo was also used as a bridge to As I Am, which included a very cool and creative remix: a part of Metallica's famous Enter Sandman. We went all "oh wooow" when we realized what was happening. 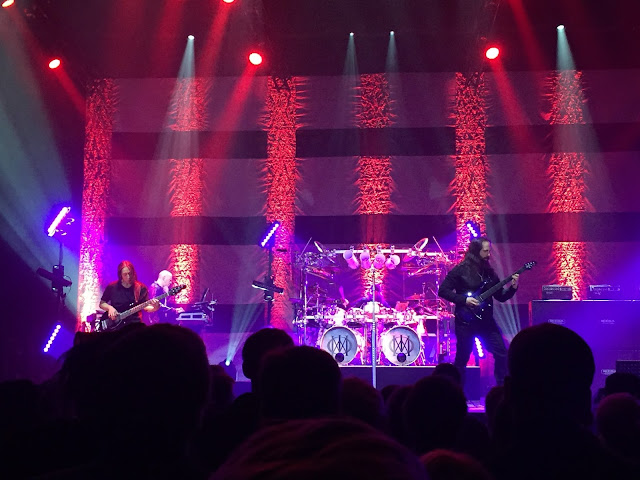 And then happened such awesomeness, very Dream Theater, much Mike Mangini. Breaking All Illusions (A Dramatic Turn of Events). James had totally warmed up by now because oh his voice and the instruments AND THE INSTRUMENTAL PARTS. I just L O V E this song and it was extremely amazing as a live performance. AND THE ENDING. Seriously this song lasts for 12 minutes and it has so many levels and atmospheres and assdsfhk. I WAS CRYING GIRL. I still am when I listen to it. Too bad they didn't play Beneath The Surface right after that, BUT OH WELL BECAUSE OMGOODNESS. 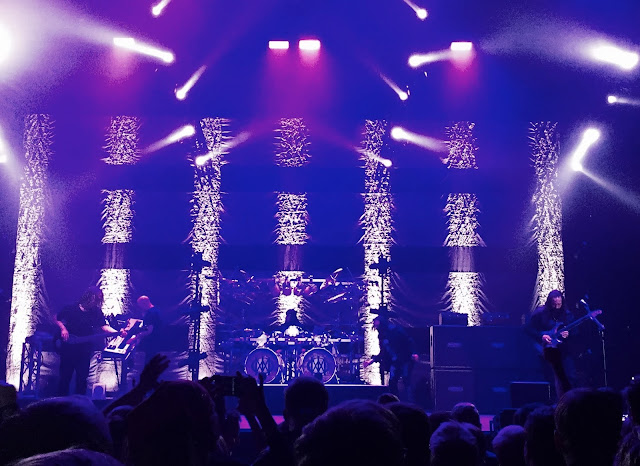 WELL WELL WELL. What can I say. Just... Yeah. Such images, very words, much beyond. Wow. 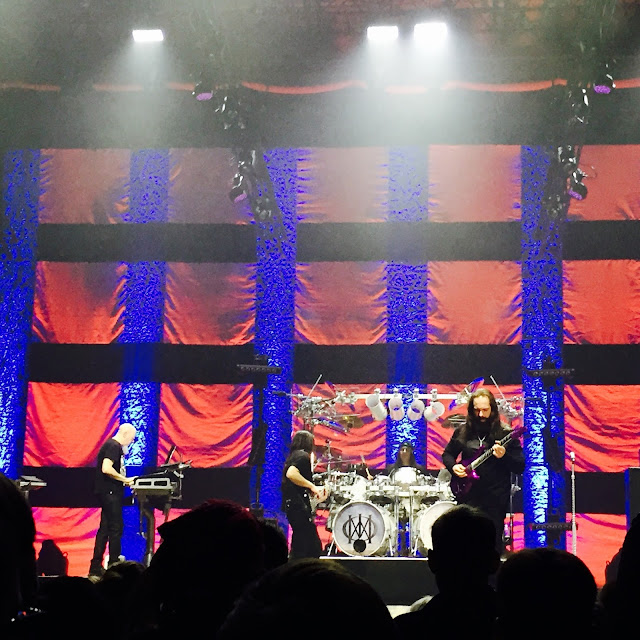 The very first thing that happened was a Happy New Year-medley tape of sorts. There was extremely short bits of songs that were radio hits back in 1992. It was very funny and very cringeworthy, since the tape included songs like Baby Got Back and Too Sexy for My Shirt.

Another Day is a metal ballad of sorts and it was just beautiful. During Take the Time John Petrucci performed his guitar solo and it was just as awesome as I expected. I was so glad that I managed to shoot short videos of every solo. Surrounded showcased the more calm side of Dream Theater. Beautiful sounds powered by Jordan and the whole atmosphere was ballad-esque with jumpy twists.

Metropolis - Part 1: The Miracle and the Sleeper is one of a kind. For a long time I avoided listening to it for irrational reasons (I listened to Metropolis - Part 2: Scenes from a Memory and couldn't sleep for a couple days since I found the story extremely terrifying), but I wanted to give it a shot. Luckily I did because the song is just awesome with its wonderfully complex middle part. And the best part about the live version was Mike freakin' Mangini's awesome drum solo. ABSOLUTELY AMAZING.

The atmosphere kept rising and rising because then it was time for Under a Glass Moon. It was a bit rougher and simpler comparing to Metropolis part 1 and it had attitude.

Then came the tears because it was time to Wait for Sleep. I literally have no words. Just listen to it. First Jordan plays an extended keyboard intro and then there's nothing but beauty.

True story: I watched this video right before I uploaded it on Youtube and really listened to James' beautiful, manly and unique voice and Jordan's magnificent piano playing. It still sends chills to my spine and tears to my eyes. Man I love those guys and this song SO much.

Learning to Live was the pinnacle of Act 2. Over 11 minutes with many levels and atmosphere changes. The bass line was very cool and James' voice sounded just like in the album. I was still crying because of the beauty of Wait for Sleep so I was very overwhelmed and sensitive, which lead me to cry because of this song as well. I was so happy and euphoric. I haven't felt that feeling in a loooong time. 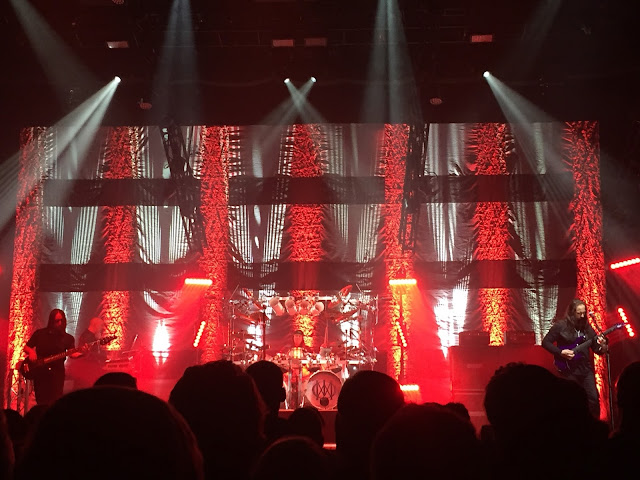 The encore was freakin' UH-mazing. The whole Change of Seasons. It's literally one song with changes and levels. Believe me when I say that it's 23 minutes of pure awesomeness. I was just truly mesmerized and listened carefully. Therefore I don't have any video material of my own, since I wanted to listen and not be occupied with holding a camera in the right position. Instead I found this gem from Youtube!

What I loved most about the concert and the whole band was the chemistry I got to see on stage. They managed to communicate with even the littlest of expressions and they knew exactly what would happen next. They are known to be perfectionists and they most definitely have rehearsed and practiced many days and nights before their shows. 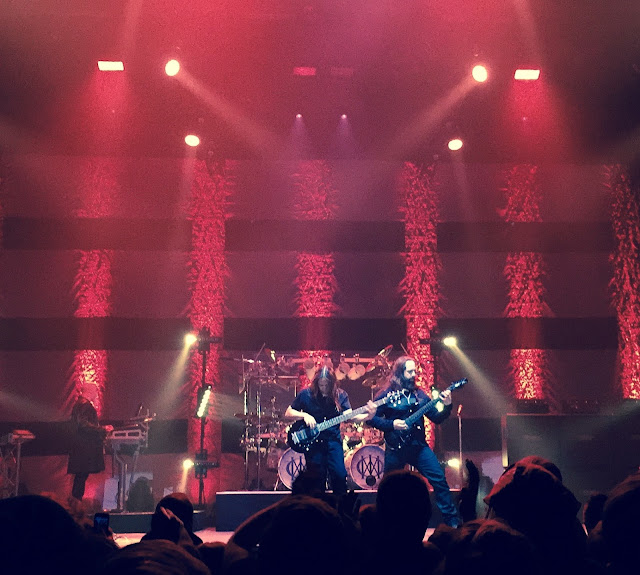 I was really fangirling over the Johns who regularly got really close to each other on stage and played their guitars and bass guitars. I called them The String Bros. They had this deep understanding of how to do things and it was just adorable to watch. And well hey, they've been working and playing side by side for over 30 years, so yeah.

James really seems warm with his small talk with the audience. John Myung was so cute being all official and cool. Even I wasn't in the front row, I could see Mike Mangini's big and goofy facial expressions behind his fantastic drum kitchen. John Petrucci doesn't need to say anything to the audience, since his friendly and even father-like mannerisms and looks towards us tell more than a thousand words. And only seeing Jordan Rudess' awesome beard (which he straightens with a hair straightener btw) and rotating keyboard was totally worth all the money spent on the tickets.
Good golly I love them so much.

If you check the definition of "progressive metal" from a dictionary, you will most definitely see the picture of Dream Theater there. If you don't then shame on the dictionary makers because that's the truth!

THANK YOU, THE GREAT MEN OF DREAM THEATER. I truly had the time of my life.
Sincerely, Ems at 0.00 2 kommenttia: 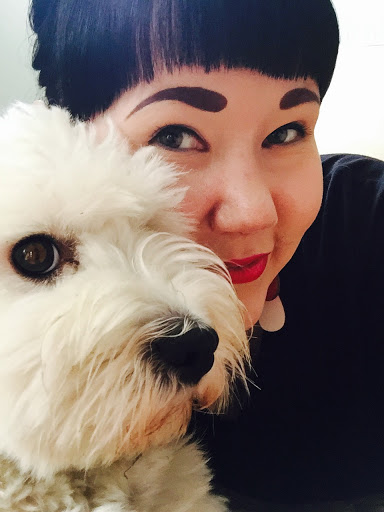 So what else is new? 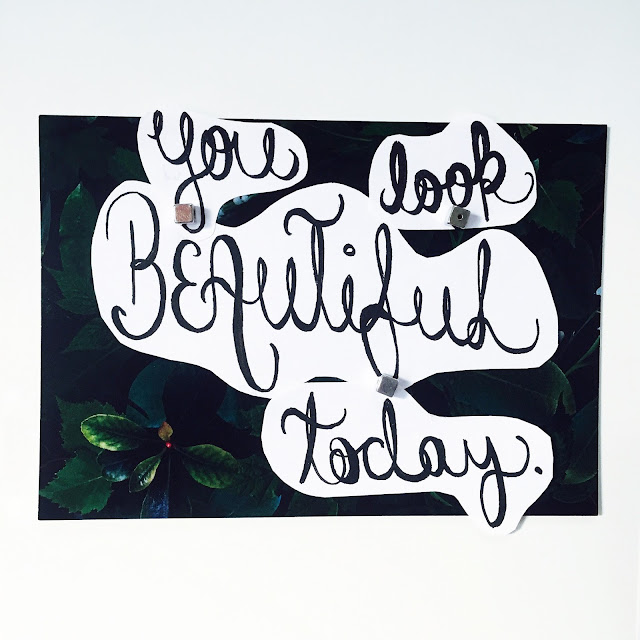 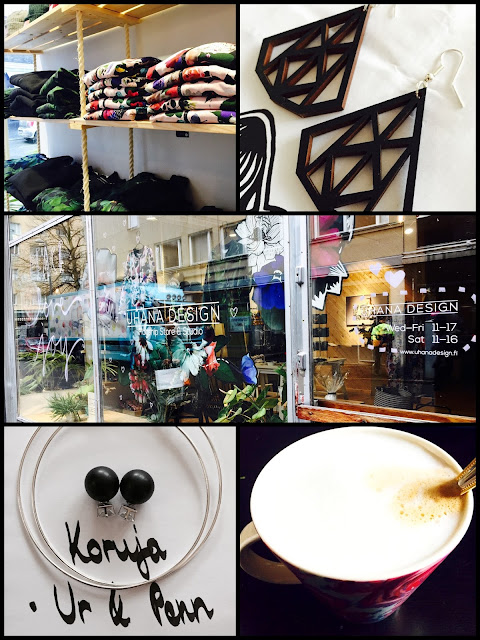 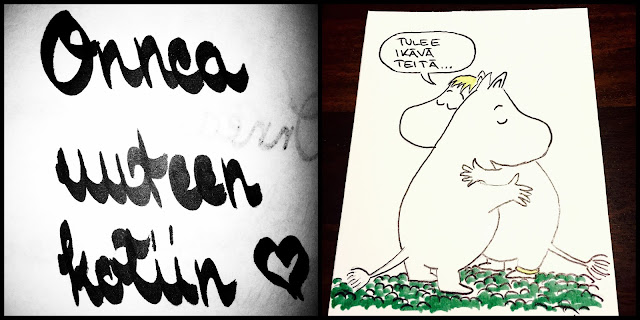 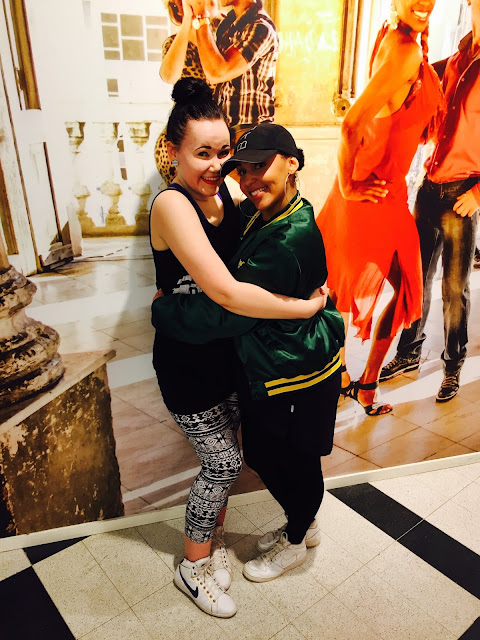 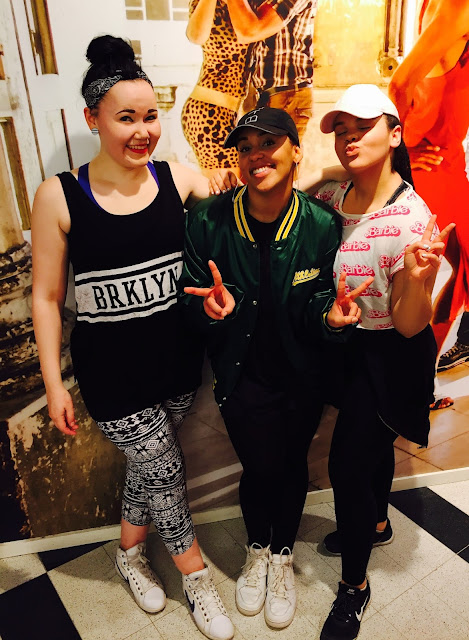 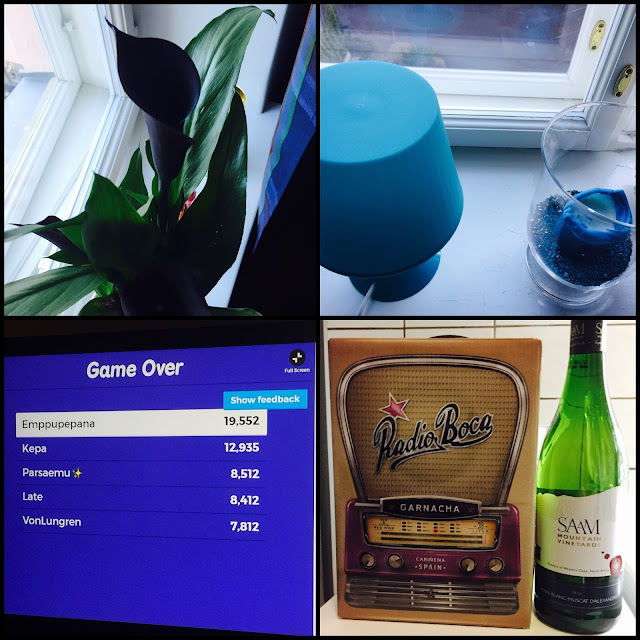 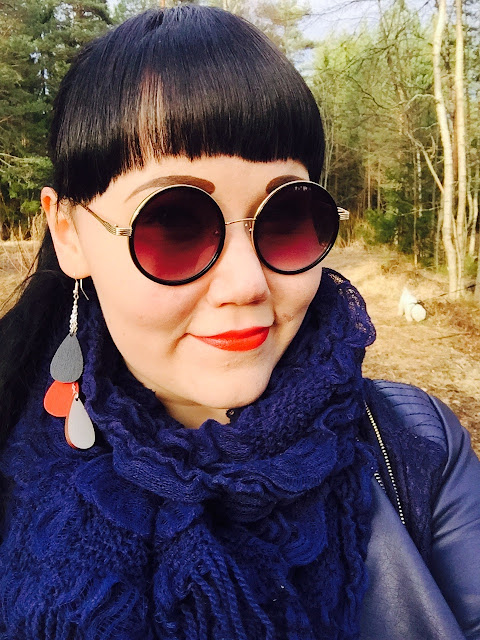 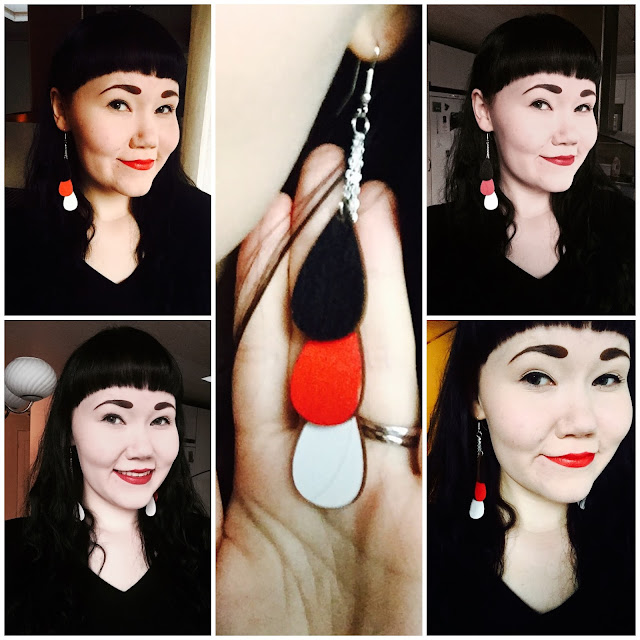 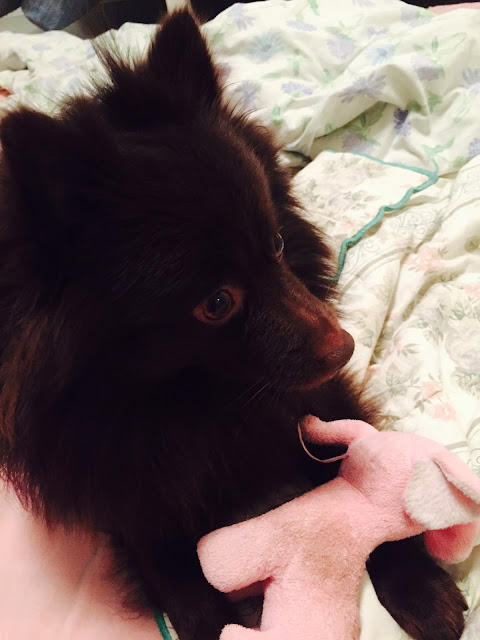 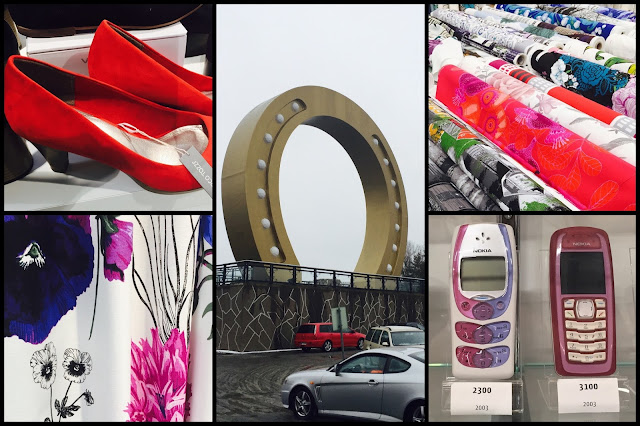 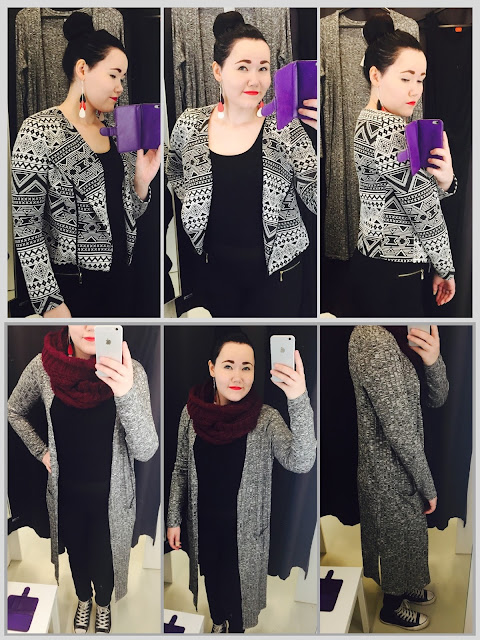